2.  Additional goals: how we can enhance the whole registration flow in order to:

First I've analyzed the content of the "after registration" screen, the activation email and the first login screen.

The "after registration" screen contained a lot of text, but not clear call to action plus a video: if you click to that video you will be navigated away from that screen. This is the original screen:

This is the redesigned version:

It's more clear what you should do: to "activate" "look for" an email.

This is the original "after activation" screen: 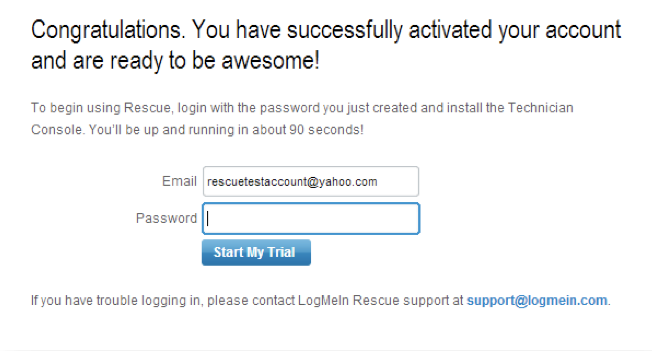 This is the redesigned version I've just removed the unnecessary text and keep the information as simple as possible.

This is NOT the ideal situation for trial which is user friendly.

Why? Here are some facts:

On the other hand there are some needs from our sales team point of view:

So I had to redesign the flow based on the above requirements.

So I've created several ideas and a complex, multi-step plan to figure out which would be best for our business goal (more user should try out our product and finally more buyer plus users should not be frustrated).

Step1 - Complex form at the beginning

This is the flow after a smaller changes ( after registration screen + first login): 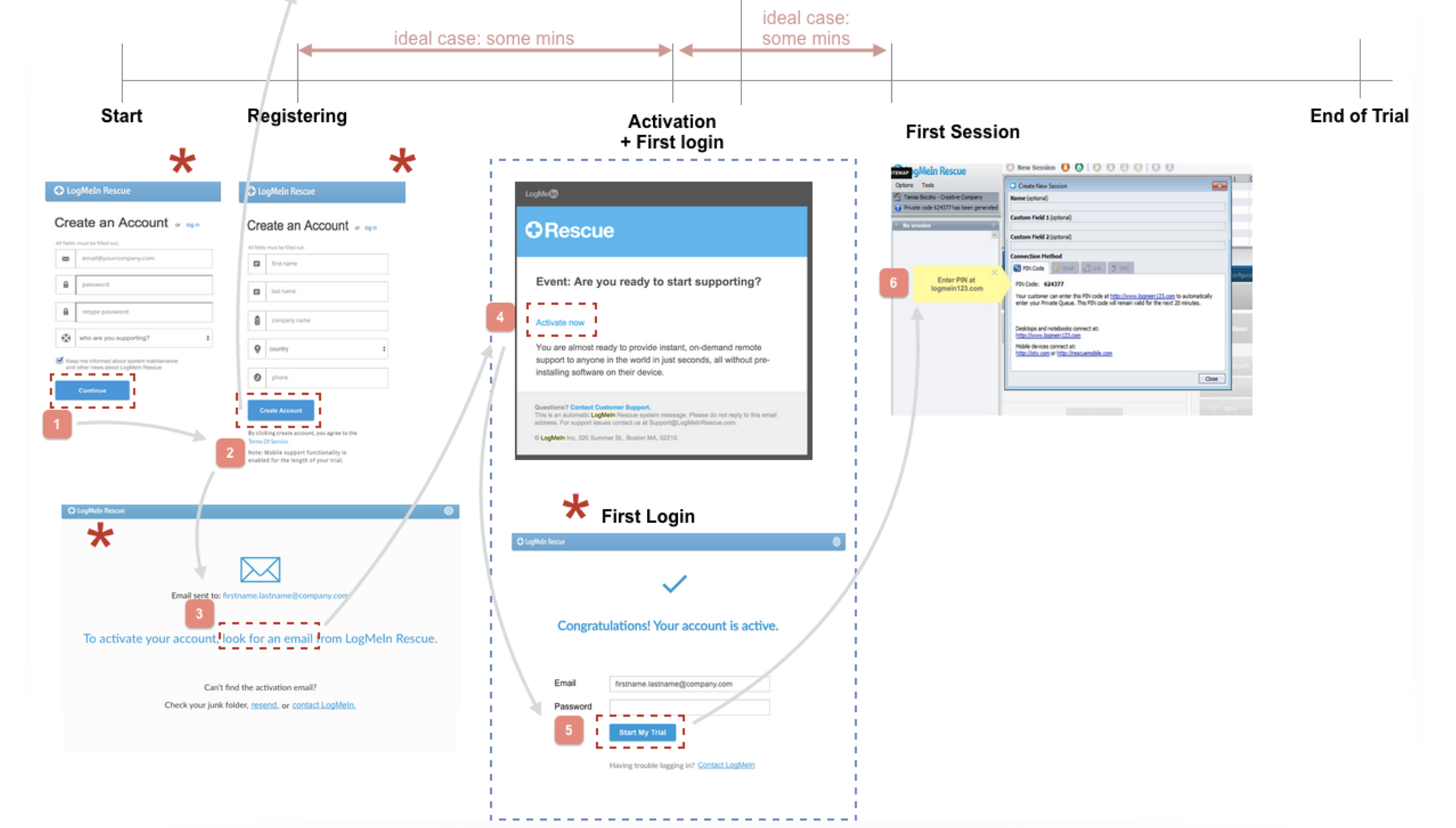 The complex two step form still at the beginning just adding an information that it will be a two steps form and which step the user is (It's a wireframe, not a final UI design): 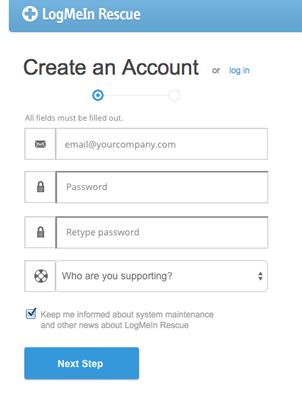 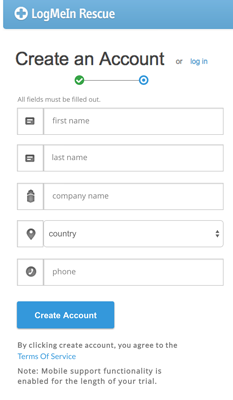 As a result it seemed that this version worked better based on the numbers of registration so we kept this, and compared the simplified form versions.

Step 2 - Simplified form at the beginning

The idea is that we should use one simplified form and we should ask the remaining fields later. The good question is when. That's what I tried to figure out together with the sales team.

Step 2.1  - Simplified form at the beginning, all other fields right after the first login

In this version there is a simplified form at the beginning: we ask only the email and password all other fields right after the first login. It's also not the best experience, but we wanted to try it out. 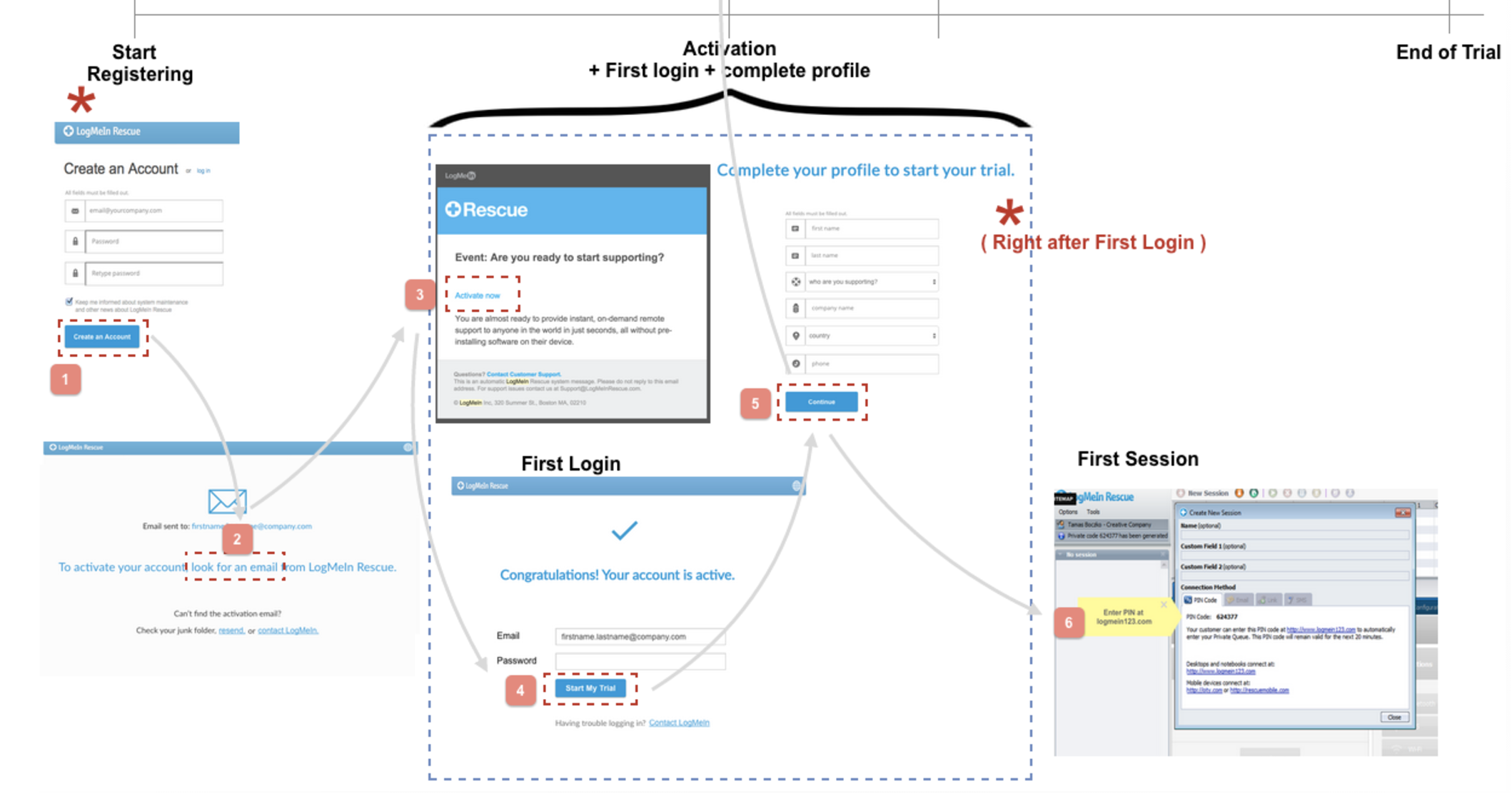 As I expected there were drop off when the users saw the second form after the first login.

Step 2.2  - Simplified form at the beginning, other fields after user tried out the product

In this version there is still the simplified form at the beginning (email password only) but we moved all other from fields to later when the user tried out some times the product.

So in this case users can try out the product first then we ask for additional information. 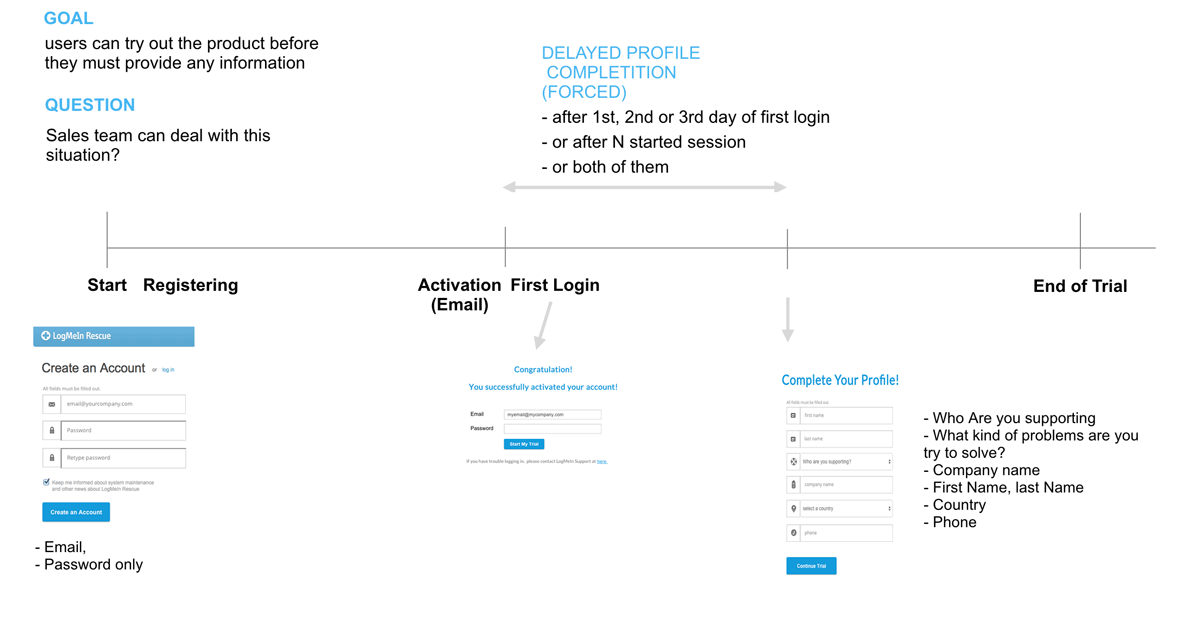 We used a delay when this "complete form" should appear for the trial user. We tried out different values:

As I expected in the previous version there were drop off when right after the first login the users saw the form. In this version when we show the complete form to the user we had only a few drop off from that page.

Delay: it turned out that the best  - less drop of happened when we used 2-4 sessions (or more) or one day after the first login (anyone is happening first).

Sales team was satisfied with the result though they get detailed information from the trial users a bit later. But it is not a problem. Though in the next step we tried out moving one field back.

Step 2.3  - 3 fields at the beginning other fields later

This is the alternative of the previous version.

It seemed that this is still OK (no increasing drop off in the first registration form) but the sales team got one information a bit earlier and we had less number of fields at the second form so we finally used this version.