I had the following tasks to redesign the Rescue product:

- Information Architecture and the navigation of the web interface

After analysing it I came out the following changes:

- Analysis group should be created, Reports should be available there with Command Center

Organizing part of the IA: the Global Settings

It was not success - we got a wrong result due to a wrong description of cards.

It was not success - we got a wrong result due to a wrong description of cards.

Because of it was not success we decided to change the strategy:

After the merge we got the merged version of the IA model for Global Settings (V1). Then accidentally we had another idea - we called it a flat version (V2), so finally we ended up with two different version: 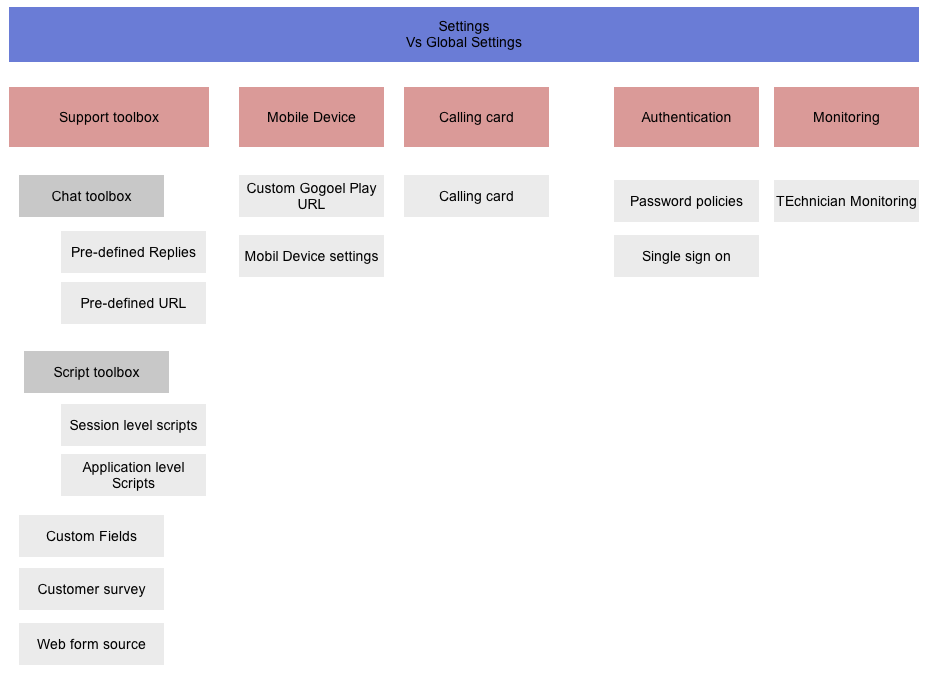 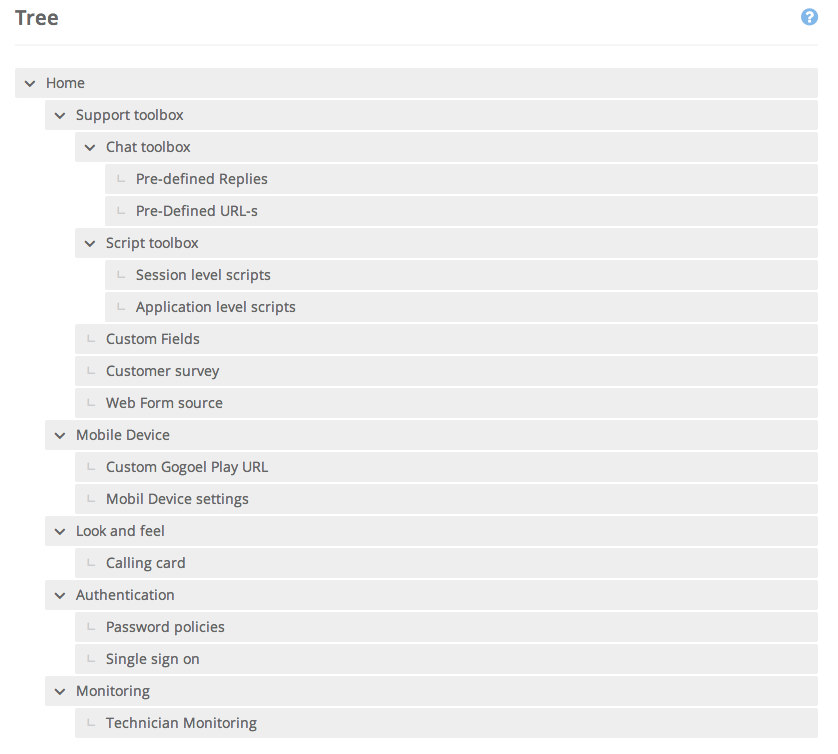 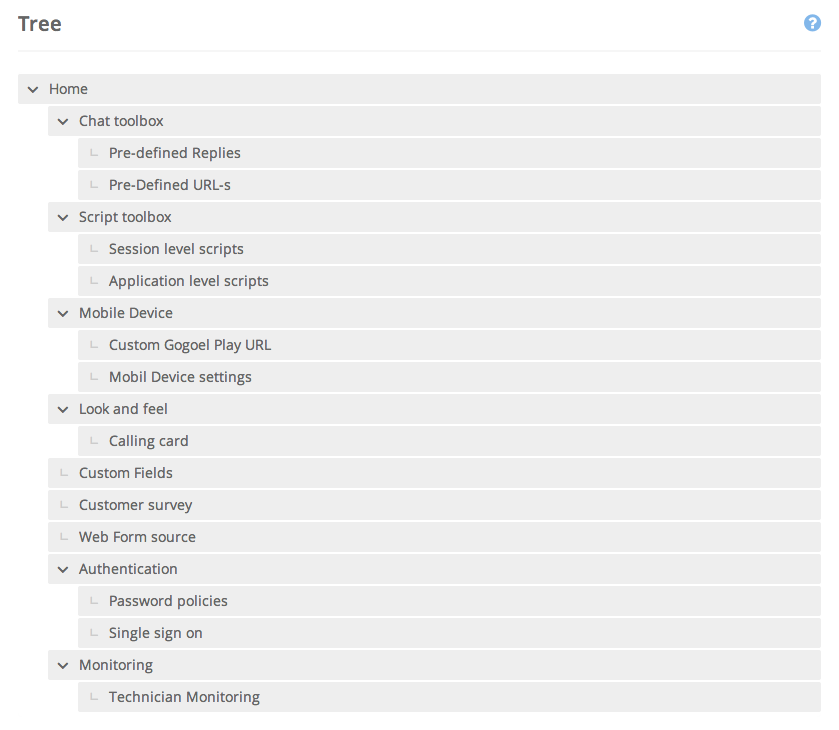 Result of the reverse card sorting: 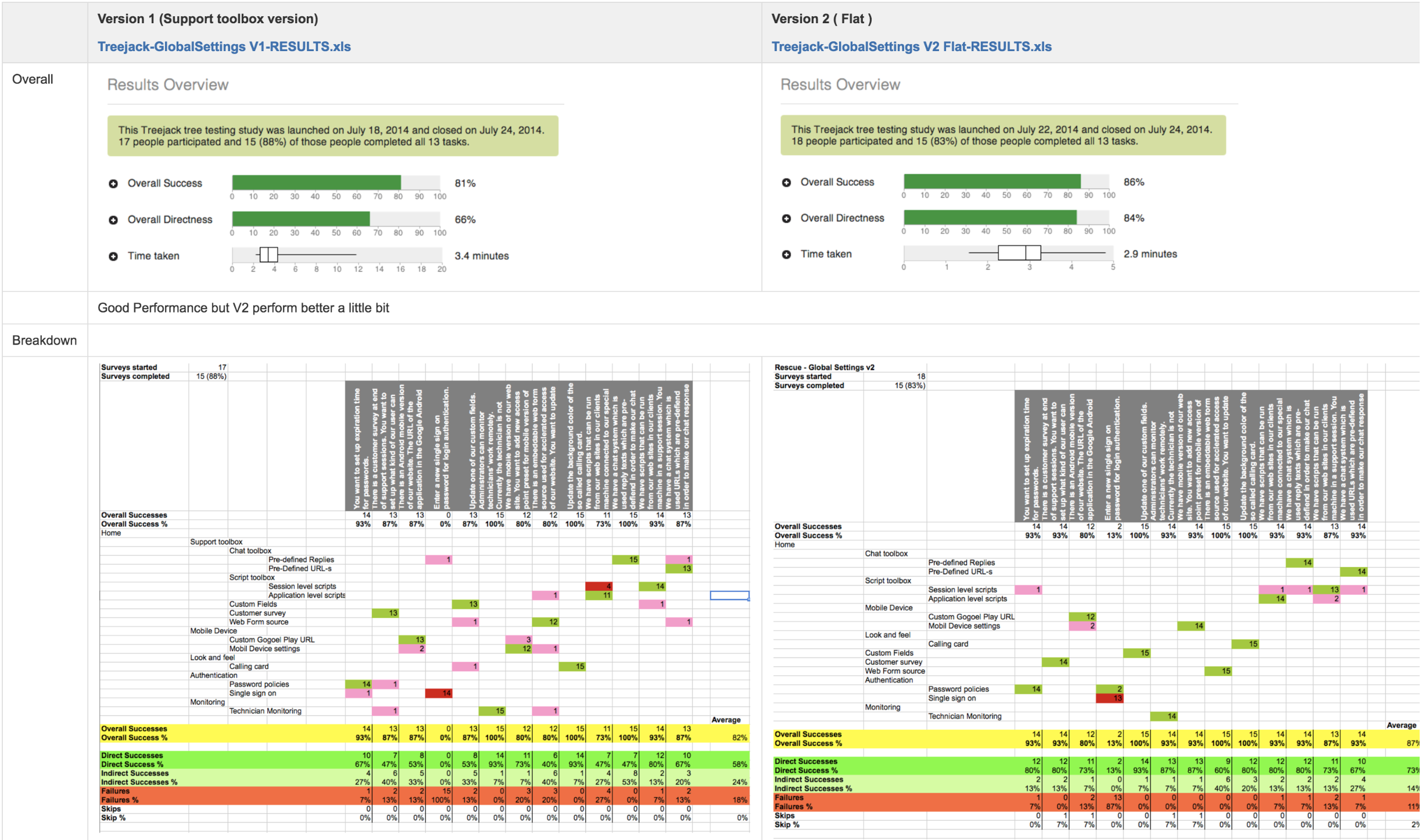 It seemed that the flat - simple - version (V2) was better so we chose that one!

We've agreed that the same unique header with navigation should be used for all subsystems (Till that time we had different look for each subsystem). That header provides the feeling of "unique application" feeling.

- new users (who didn't know anything from the product), existing users (navigation and new IA should work for them as well)

- common discovery, go into subsystems, inside subsystems, cross navigation between different part of the product, searching for specific things, go back to main page

I wanted to test what is happening if we provide minimal information (no breadcrumb, navigation icons only without text)

In this round I provided more information: navigation icon + text in header, no breadcrumb, renaming Admin Center to Organization.

I was not surprised when the second test was more successful: icons with text works better. Though the existing users was used to use Admin Center so the term "Organization" was a bit strange, and they wanted to look for the terms "Admin Center". For the new users it was not a problem.

After the second test I realized that we have "settings" in the Admin Center (Organization settings) and in the Global Settings. Two different place.

No system, application have splitted settings ... Why for Rescue we have? It should not have.

So I simply came pout the following idea:

- Merging Admin Center and Global Settings, new name should be "Administration" (since existing users was used to use the terms "Administration Center" I didn't want to introduce a term "Settings")

Version 3 is the new merged IA: 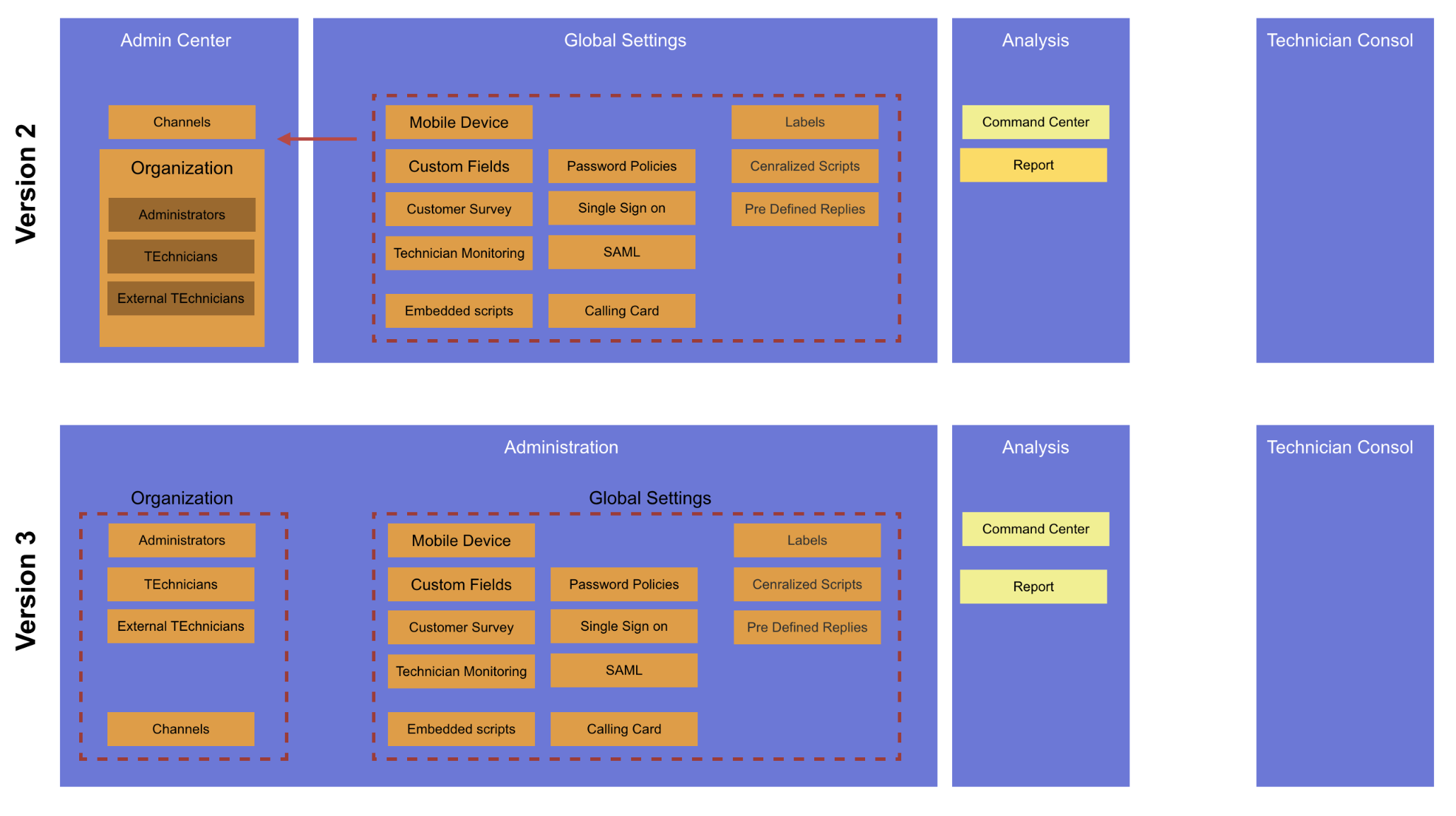 It was more clear to the users that where they could find admin settings. The overall experience was a bit better with this idea.

Till this time there was a company "design" policy that we had to use a side menu in all product (called common navigation).

Finally this constraint was over, so since hamburger menu was become more and more popular in web as well (2015-2016) we decided that instead of top + side navigation we would use the hamburger menu for accessing the subsystems like Administration, Analysis, etc.

- less place is used, according to user test no serious cross navigation between subsystems, the content of the hamburger menu could be flexible, even for complex contents (like in the Adobe web site the menu) later.

As a first step we changed only the upper bar:

This is an ongoing project: we are going to continue develop and introducing more and more changes step by step.